There are two general techniques for detecting secrets within source code or any text file for that matter - regular expression (deterministic) and entropy based scanning. Regular expressions work relatively well if you know what you’re looking for regarding a particular string’s format (ex: API Key of 21 chars, mixed case alphanumeric; [0-9a-zA-Z]{21}). There’s still the issue of false negatives (secrets we don’t catch or know about). We can improve such issues by examining for high entropy.

I am not a physicist and do not know the first thing about thermodynamics. Fortunately, we don’t have to and can leverage some basic information theory.

I will create another post later to discuss how to apply and detect high uncertainty via Shannon entropy. For now, we are focused on generating high entropy strings in order to evaluate and test our secret detection tool(s) of your choosing.

The Linux operating system provides us some built-in commands that work relatively well for generating high entropy strings. In fact, we can do so in a single line of commands for execution:

Cmd 1) tr is a utility command that translates characters. In other words it copies the standard input to standard output with y substation of strings if applicable. In this case we’re deleting every character that comes in as input except for those provided, which is essentially our alphanumeric and special characters.

Cmd 2) /dev/urandom provides an interface to the Linux kernel’s random number generator by gathering random noise via device drivers to produce entropy output in bytes. This is redirected as input to tr.

Cmd 3) head allows us to cap the first total number of bytes we want returned from the urandom output.

Cmd 5) LC_ALL=C In BASH the cmd output may result in an “illegal byte sequence” error. We can resolve this using the environment variable: ‘LC_ALL=C’. This overrides the localization settings and forces the output to use the C locale, which characters are single bytes of the ASCII charset.

Tying It All Together

With a little fitness we can script out a nice command line tool for generating high entropy strings for testing against our detection tool(s). The complete script can be downloaded directly via my GitLab Snippet. 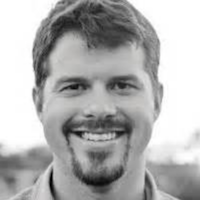